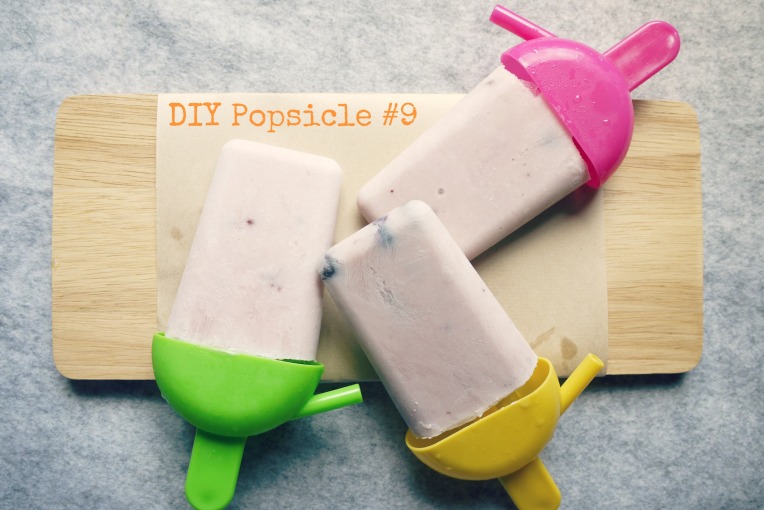 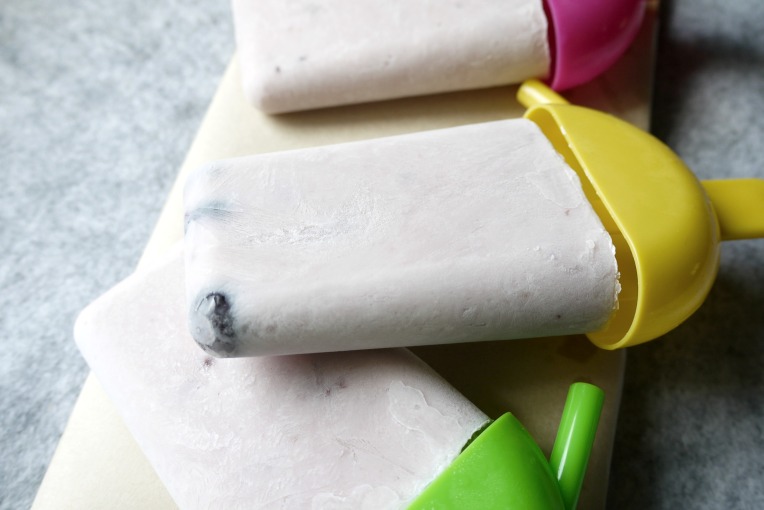 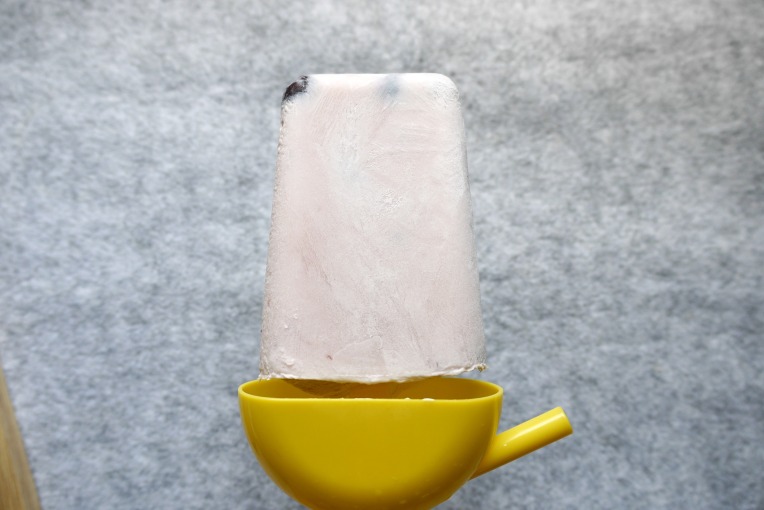 The yogurt pops are just as easy to make as it is satisfying to consume.  I have mentioned before, that the flavored yogurts are your best bet for an (almost)-instant popsicle treat.  Just fill up your popsicle molds with ready yogurt and freeze.

But I still feel guilty for its sugar content.  The frozen yogurt sometimes can taste just as good as they are straight off the tubs from the chiller compartment.  If you have made enough ice cream, you’ll know that more sugar/ sweetener is required for the recipe because the ice cream (or anything desserts frozen) will taste blander when frozen.  I have to disregard all my diet concerns when making ice cream at home, but it’s good to know how much sugar you are getting, and what commercial joints are adding in, this sort of deter me from binging on ice cream when I am feeling for a sweet fix.  The hot days lately aren’t exactly helping with my curbs either.

So enter plain/greek/greek-style yogurts as the base for today’s popsicle recipe,  plus bananas and blueberries as the natural sweetener.  Here’s roughly how:

– In a food processor, blend banana and blueberries until smooth.
– Measure this banana/blueberry mixture in a measuring cup, and fold into twice as much yogurt till it is well mixed.  The more yogurt you have in the mixture, the more creamy and less icy it will be.  My own preference for the banana to yogurt ratio is 1 : 2.  Feel free to adjust.
– Taste the mixture, and add some honey if it is not sweet enough.
– Scoop mixture into the mold.  I added 2-3 blueberries first into mold to make the popsicle look nicer, totally optional.
– Tap the mold on the table a few times before freezing, to get rid of air pockets within the mixture.
– Freeze till popsicle is set, at least 3 hours.

++ Notes To Self ++
///
I use full fat yogurt for a creamier texture end result.
///
The riper the banana, the sweeter it is.
///
Fresh or thawed frozen blueberries are both okay for this recipe.
///

Winding down by spending quality time with my loved ones. Explored a few cafes by simply walking around the neighbourhoods with a curious mind! This one is decorated in my favourite colour!
After a few road trips and year-end meal gatherings, it's no surprise that my BMI has increased to almost 21. 😩 Though it's still within the healthy range, I prefer to keep it at 19, that's when I feel the healthiest, and more importantly, my back doesn't get hurt as easily. It took me a $70 tuina/acupuncture session to admit it's time to go back to some good life habits:
Resisted temptation to accept empty mooncake boxes because the ones I upcycled into:
My weekday lunchbox #ootd
#Meatfree cooking with available items in my pantry/fridge again. Great way to save money and use up perishables!
I started making fluffy pancakes at home because it's so difficult ordering packaging-free ones from McDonald's. I have since expanded my #homecafe breakfast menu to include french toast and waffles. Making such pretty-looking cafe-style food at home is cheaper too. I hardly or never order these three items at cafes anymore!
[New Breadmaker Recipe] Garlic Potato Soft Buns!
Loading Comments...
%d bloggers like this: