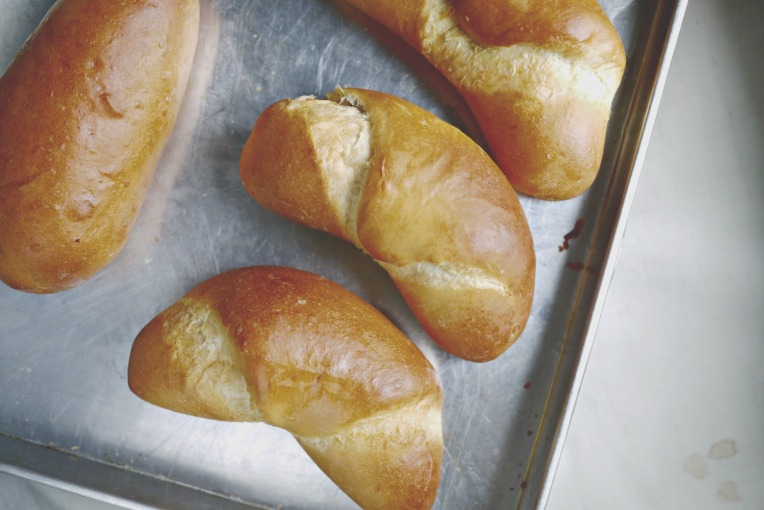 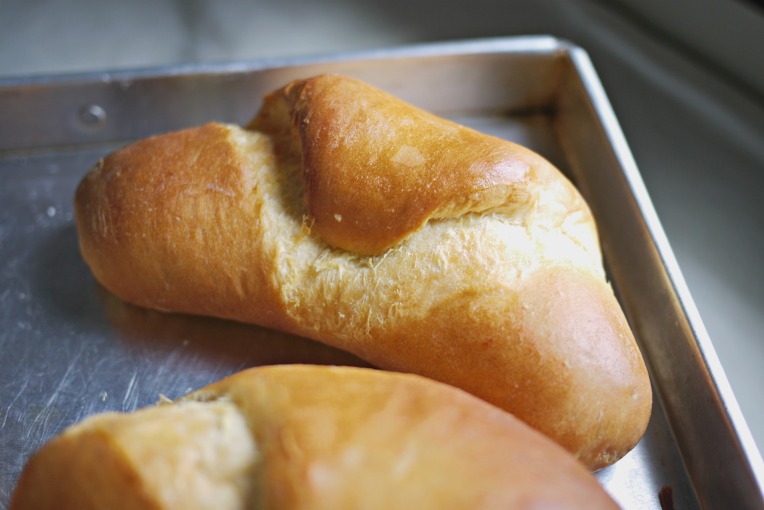 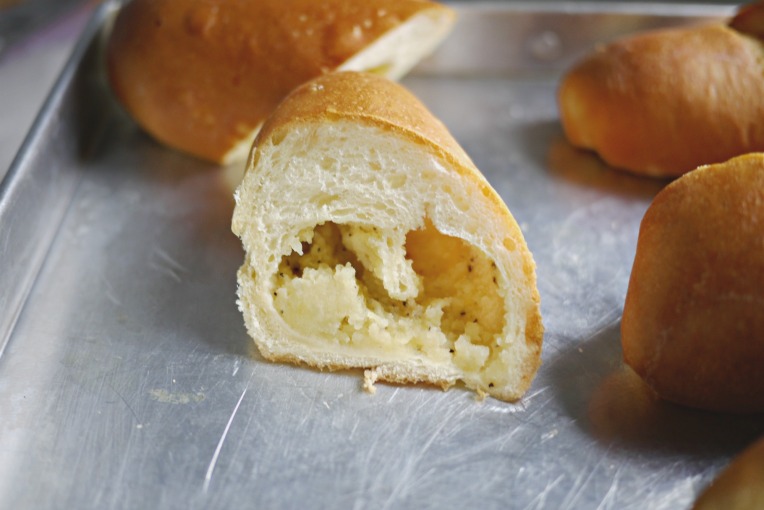 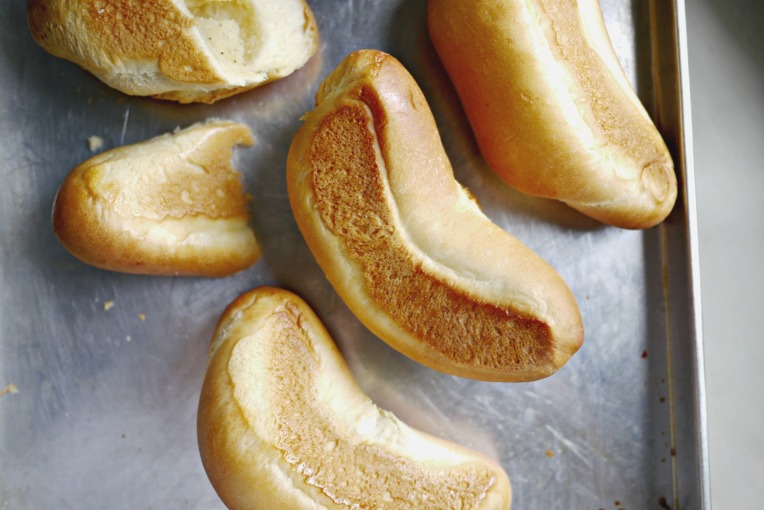 I left out the bacon in the original recipe to make it a meatless one.

As I was baking these buns yesterday, news broke that more cases of Zika infected patients had been confirmed in Singapore.  I told myself from now on, meal preparation will be kept short and simple, so as to divert more time to keep the house dry, clean and clutter free.

More on Mozzies-Wipe-Out actions later, but let’s get back to these buns.  As usual, it was a tiny batch recipe, yielding exactly 4 buns, perfect for next day’s breakfast, no leftovers.  I also added potato to the bread recipe, whatever that was left after making the mashed potato filling, about 25 grams.  So if you have cooked a potato that is bigger than the 120g required for the filling recipe, you can easily incorporate the remainder into the bread.

I also shaped the bread the croissant way.  Feel free to shape the bread any way you like it, long rolls or round buns.

** Original recipe does not have potato, use any amount of potatoes that remains after making the filling.

In a small mixing bowl,  add butter to 120g of potatoes that have just been cooked and removed from the boiling water.  Mash the potato with a fork, then stir fast with a wooden spoon to whip it slightly.  Add black pepper and mix well.  Cover and set aside.

To make bread dough, mix bread flour, raw sugar, sea salt and instant yeast in a mixer bowl with a hand whisk to combine the dry ingredients together.  Next add cooled mashed potato, egg yolk and cooled potato water, and knead on the lowest speed (KA 1) with a dough hook until the ingredients form into a dough.  Leave this to autolyse for 15 minutes so that the flour absorbs the liquid properly.

After 15 minutes, run the mixer on its lowest speed for about 1 minute, then add cold cubed butter one by one, and knead until traces of butter is no longer visible and dough reaches window pane stage.  Remove mixing bowl from mixer, cover and let dough bulk rise in for 80 minutes.

Move the dough to a clean, dry worktop.  Dust worktop with as little flour as possible if it is too sticky to handle.  Roll the dough into a ball again, let it sit for 15 minutes in a draft-free place.

Flatten the dough with a rolling pin into a large round dough, like shaping a pizza base.  Divide the dough into 4 quadrants.  Take one of the quadrants and lay it down with the “circumference” side nearer to you, spread the filling horizontally to this end and roll the quadrant up towards the sharp tip.  Shape the bread slightly by bending the two ends towards the center to form an arch.  Place it on a greased baking tray.  Repeat till all the doughs and fillings are used up.

Let the buns proof for another 25 minutes, then bake them in a preheated oven at 180C for 20-23 minutes, till the buns  turn into a nice shade of golden brown.

After the buns are done and still piping hot, brush the surface generously with butter.  This step will produce buns that remain soft till next day.

Winding down by spending quality time with my loved ones. Explored a few cafes by simply walking around the neighbourhoods with a curious mind! This one is decorated in my favourite colour!
After a few road trips and year-end meal gatherings, it's no surprise that my BMI has increased to almost 21. 😩 Though it's still within the healthy range, I prefer to keep it at 19, that's when I feel the healthiest, and more importantly, my back doesn't get hurt as easily. It took me a $70 tuina/acupuncture session to admit it's time to go back to some good life habits:
Resisted temptation to accept empty mooncake boxes because the ones I upcycled into:
My weekday lunchbox #ootd
#Meatfree cooking with available items in my pantry/fridge again. Great way to save money and use up perishables!
I started making fluffy pancakes at home because it's so difficult ordering packaging-free ones from McDonald's. I have since expanded my #homecafe breakfast menu to include french toast and waffles. Making such pretty-looking cafe-style food at home is cheaper too. I hardly or never order these three items at cafes anymore!
[New Breadmaker Recipe] Garlic Potato Soft Buns!
Loading Comments...
%d bloggers like this: